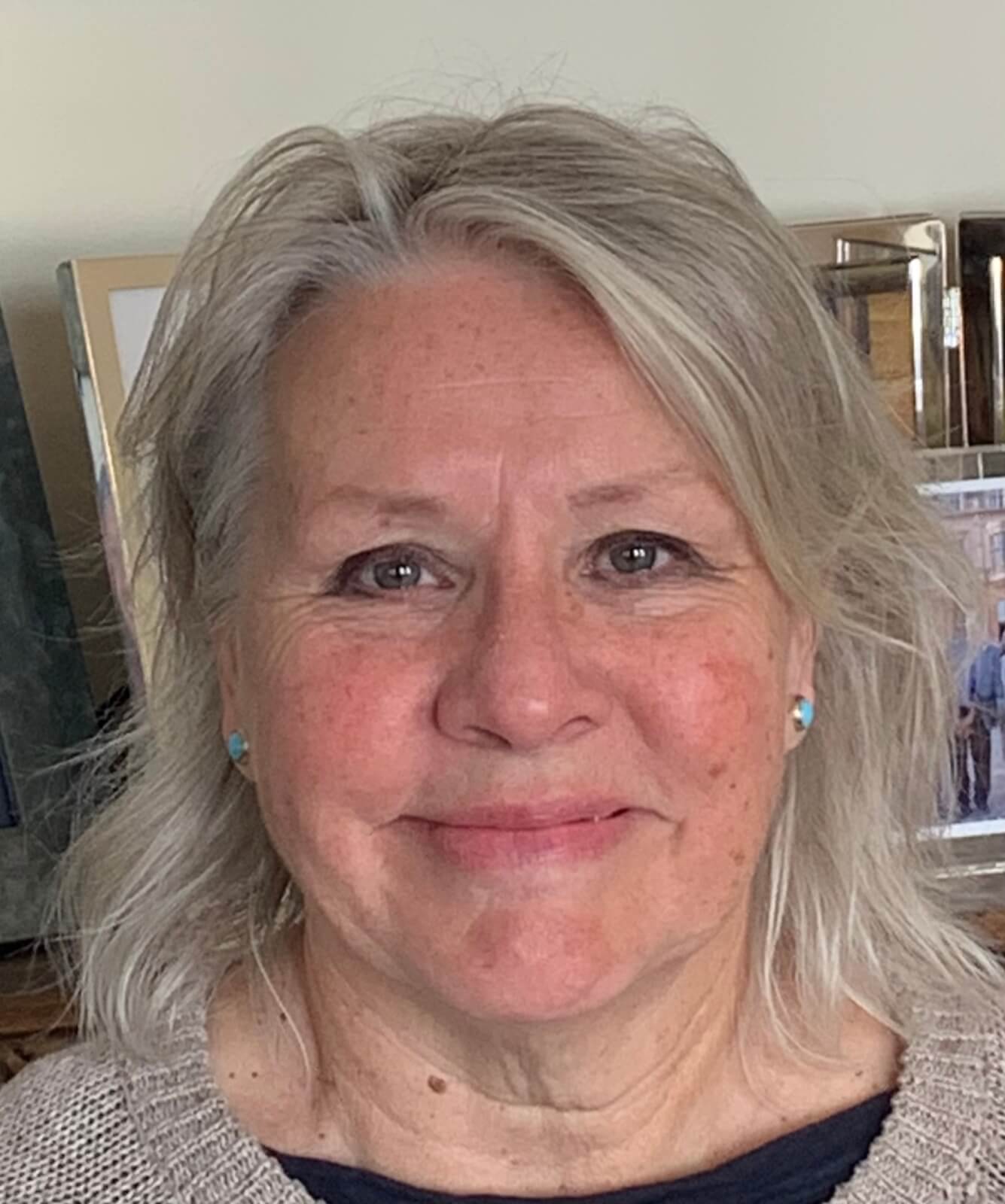 Viv did a foundation year in art and design at 19 but couldn’t see how to make a feasible career out of painting and went travelling for a few years instead. She realised that the perfect way to combine art with a career was to become an art teacher, and returned to the UK and applied to study a B.Ed Hons in art and design.

After graduating Viv taught media studies and art for over 30 years in secondary education. During this time, she had a family and when the youngest child left school, she decided that this was the right time to focus on art for herself.

Having moved to Cornwall, Viv embarked on a MA in Printmaking in which she gained a Distinction at Plymouth College of Art. After graduating, she and her husband moved to Plymouth, where she started to build her network of artist friends and through them, she met one of the Outset Enterprise Coaching team.

“Because I started my art journey later than most people, I was experiencing imposter syndrome, where my lack of self-confidence was preventing me from moving forward with my business plans,” said Viv.

Having met with an Outset Advisor, Viv started to recognise that she was not inferior as she feared and through a series of 1:1 sessions, her confidence grew. She also attended Bootcamps to build her marketing knowledge and armed with a list of tasks to complete to push her art out into the marketplace, her business developed. “The best opportunity that came about through my promotional efforts was working with the local Artmill Gallery where I am exhibiting twelve pieces in their Christmas Show,” she explained.

Viv also set up a studio with another MA student and joined a number of local and national art networks to widen her contacts which enabled her to become part of a community where she felt supported.

“Outset definitely helped me to believe in myself and to steer me in the right direction in terms of marketing my art,” commented Viv, “I was never comfortable talking about myself, but the team gave me the confidence that I was doing the right things. They helped me to realise that my personality was a large part of my art and that customers wanted to know about the artist as part of the buying process.”

Another benefit of the support she received through Outset was the focus that they provided in terms of her marketing, including the use of social media to build her profile in the marketplace. “I want to be respected as an artist and communication is a key part of that which in today’s world means having am active presence on the social channels,” she explained. She continued that she felt that Outset prevented her from prevaricating about tasks which forced her to focus on the important steps she needed to take.

“It was so beneficial to receive such positive support from the Outset team and they helped me to move to a stronger position in terms of my business.”

Viv is now looking forward to a busy festive season and building the sales of her pictures now that she has everything in place, and we wish her well!